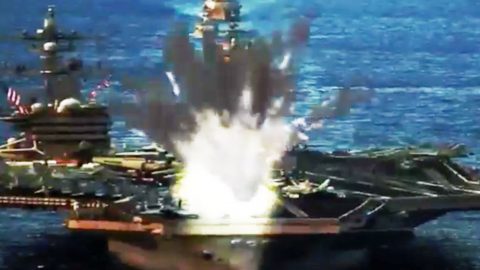 Now That’s Some Bang For Your…Whatever They Use In North Korea.

On September 25th, 2017, news was taken by storm of yet another major threat brought on by North Korea. This time, it caused major destruction. To your retinas.

The video, which you can watch below at your own risk, was just released in North Korea to hype up their ability to pretty much wipe out anything we throw at them.

The true story here is that all the major media outlets covered this story like it was…a story. Can’t blame them though. The administration declared this “an act of war” and are again looking over their strategy book and how to respond to this major threat.

For us, well, let it be what it is. A very forced display of someone out there messing with earlier versions of Photoshop and After Effects.

This doesn’t even make a good joke. It’s sort of sad really.