The A-10 Warthog’s Replacement Takes Another Step Forward 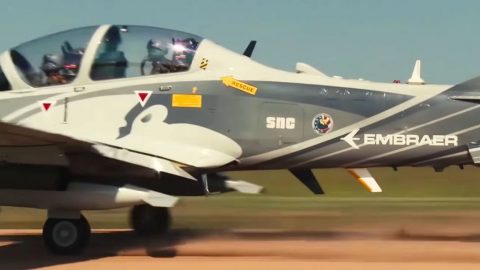 Everyone loves the A-10 Warthog and no one is going to deny that it is the best at what it does. No other aircraft even comes to delivering the success it does when providing close air support to units on the ground. Despite being the best the US Air Force has no intention of returning it to the production lines so a replacement is in order.

No everyone is keen on having the F-35 take over the A-10’s role so much cheaper aircraft are trying out for the job. Which brings us back to the US Air Force’s light fighter competition to determine a cheap fighter. Four fighters entered the competition and now it has come down to the A-29 Super Tucano and the AT-6 Wolverine.

It doesn’t make a whole lot of sense to spend hundreds of millions of dollars on a fighter to shoot up rebels in a rusty truck. These light fighters will go on to fight against militants in uncontested airspace and it will save the air force a whole of money.

The winning aircraft is very likely to see some less than ideal terrain, so see how they handle landings and takeoffs in this rough terrain.