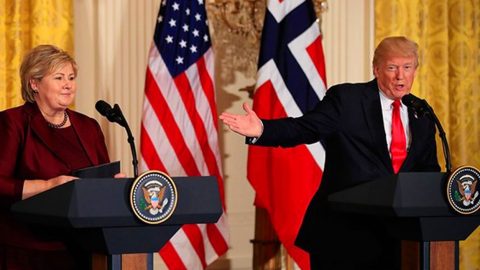 President Trump has been very active lately boasting about the military superiority of the United States as tensions rise with North Korea. He is also quite proud of the amount of money that the nation is bringing in from sales of military aircraft. He recently boasted about a sale of F-52 fighter jets to the nation of Norway, but there’s a little issue there.

“In November we started delivering the first F-52s and F-35 fighter jets. We have a total of 52 and they’ve delivered a number of them already a little ahead of schedule. “

Ironically he was reading from a written statement so he may want to have a few words with his scriptwriter. Here is the clip of the speech speaking about the recent sale of the fictional fighter jet.