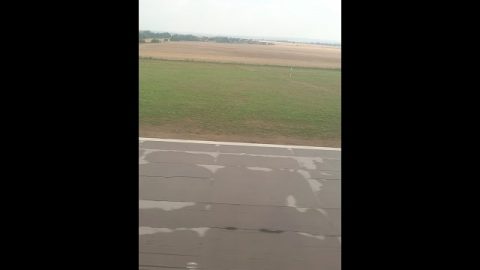 Well, that was pretty close. This incident happened back in 2018 at Pardubice Airport with a Boeing 737 (N624XA) commercial plane. The plane clearly overshot the whole runway during landing. Even though they landed safely, 3/4 of the plane still ended up outside. An emergency evacuation was initiated afterward to safely get the passengers to safety.

The exact reason why the accident happened was not made public but further inspection of the aircraft told inspectors that there was no damage to the aircraft.

If it were up to internet sleuths, “too much flare during landing” is the most probable cause of this accident. It certainly didn’t help that the runway was wet after an “early evening shower”, according to people present that day.