An F-16 Fighting Falcon Shot Itself 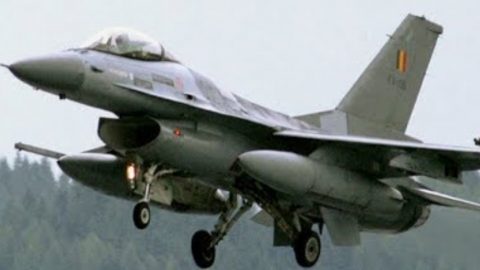 A training exercise involving two F-16s over the island of Vlieland in the Netherlands left one F-16 badly damaged. The reason? Well, it managed to shoot itself.

In the Netherlands, the F-16 fighter shot down himself.
The maneuvers were held on Jan 21. According to Nederlandse Omroep Stichting publication, 2 F-16 fighters opened fire with guns& 1of them suffered from his own shot – body of aircraft was damaged, & pieces of ammo hit engine pic.twitter.com/gPbE4mCinH

The F-16 opened fire with the Vulcan cannon and apparently flew right into its own stream of cannon rounds. While the pilot was not injured and managed to land the bruised aircraft at nearby  Leeuwarden Air Base, we know that at least one cartridge hit the side and parts of the ammunition made its way into the engine.

That’s a lucky ending to a bizarre occurrence. The F-16’s gun has a 20mm caliber and shoots 6 thousand cartridges per minute. This could have gone much worse for the pilot.

This Has Happened Before

Although extremely rare, something like this isn’t totally unheard of. Back in 1956, a test pilot  in a Grumman F11F Tiger fired his 20mm gun while diving from 20,000 to 7,000 feet. He also survived, but was surprised that what he thought was a bird strike was actually just some extra friendly fire from none other than himself!

The inspectorate is taking the incident seriously and looking into if there was any danger to the flight crew and soldiers on the ground during the training exercise.

“This is a serious incident. We therefore want to fully investigate what happened and how we would be able to avoid this in future,” Dutch Inspector-general Wim Bagerbos

We don’t have a video of the incident, but the video below shows F-16s taking off  just a few months ago from Leeuwarden Air Base near where the incident took place.