Flechettes Were The Oddest Yet Effective Vietnam War Weapons 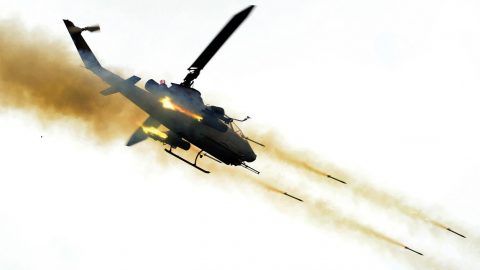 This Vietnam era news footage takes you to a base in Vietnam and a ride along with pilots who flew attack missions. In this particular segment, the newscaster gets educated on one specific type of weapon that was implemented into rocket technology during that time, namely, Flechettes.

By definition, a flechette is “a pointed steel projectile with a vaned tail for stable flight.” The design comes in a few shapes and sizes, but a nail could technically also be a “flechette,” and this is exactly the death-inducing projectile that was used in Vietnam.

Since they’re small and cheap, the U.S. Army bought millions of them and utilized their power in many weapons. From the 106 mm M40 Recoilless rifle to the Hydra 70 rocket, their tips were filled with these devastating “nails” that penetrated everything from trees to tanks.

As shown in the clip below, the rockets were also filled with an orange powder so the Cobra pilots shooting the Hydra 70s could tell that the rounds went off and did their job. You can see them in action below.