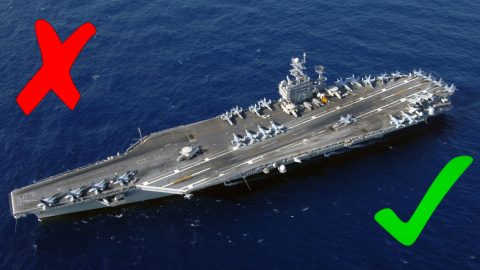 On February 27, 2019, the Pentagon announced that the scheduled 2024 midlife refueling and overhaul of the USS Harry S Truman might be cancelled. Instead, they proposed retiring the carrier early and shifting the budget towards next-generation capabilities like unmanned vessels.

But Congress is not a fan, and neither is the White House.

Here are the arguments for and against retiring the USS Truman early:

“We’re planning to decommission six cruisers, no investment in a ship to shore connector, decommission an aircraft carrier halfway through its life cycle and decommission 11 minesweepers, yet we’re doing everything we can to meet (combatant commander requests)?”

At The End Of The Day, It’s A Money Issue

What do you think should be done about the USS Truman?