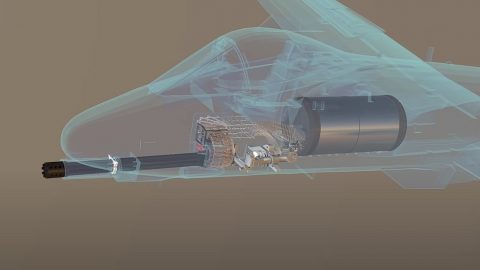 If there’s one thing the A-10 is widely known for, it’s the massive Gatling gun right on its nose. One can argue that the A-10 was designed to fit this behemoth of a machine as its main feature. With an ammo drum almost as big as a Volkswagen Beetle, it’s not that hard to believe.

The GAU-8 Avenger uses its 7 barrels to reach 3,900 rpm. At that speed, it could empty its whole drum in about 18 seconds. To make this process dependable, the Avenger uses a linkless feed system.

Because of this, the ammo used goes through a linkless and double-ended ammunition feed. This system significantly reduces the potential of jamming and returns the spent casings to the ammo drum.