Jet Flies Too Close To Crowd 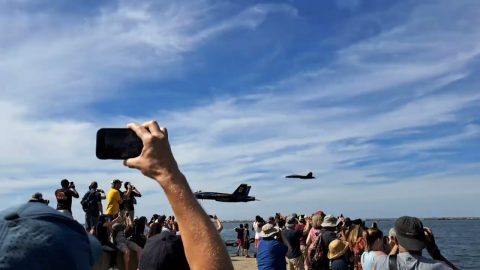 Attendees of the Cleveland National Air Show in early September of this year got to witness something they’ll cherish for the rest of their lives.

Headlining the show were the US Navy Blue Angels. The famous group debuted their new F/A-18 Super Hornet in front of the Cleveland crowd. They performed the Diamond Formation and the highly-renowned six-jet Delta Formation during the air show.

In the video, we see the flight demonstration squadron also perform very low high-speed passes. If it looked that good on video, how much more in real life? That sequence might just become a core memory for some of those viewers.

At the very least, the Blue Angels definitely earned a lot of fans after their demonstration.