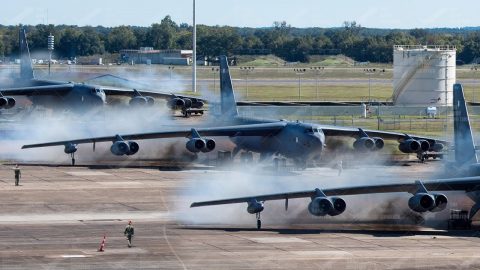 B-52 crew members can opt to use an explosive cartridge to jumpstart the plane’s engines. Normally, it takes about an hour to warm up the B-52, unlike the Cart Start method which drastically reduces that time to ten minutes.

In this method, crew members would use small, controlled explosive charges and insert them into two of its eight engines. This was invented just in case the massive bombers needed to takeoff as fast as possible in the event of an attack.

The Cold War-era bomber has the highest mission-capable rate among the three heavy bombers operated by the Air Force. Furthermore, its superior performance at high subsonic speeds and low operating costs makes the B-52 one of the best planes in America’s arsenal.