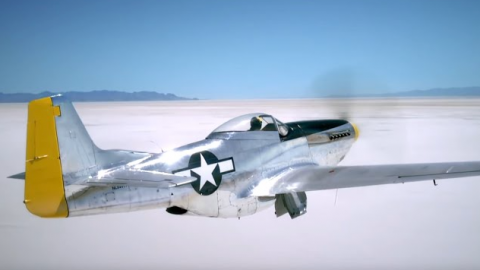 Breitling is a Swiss luxury watch maker established in 1884. According to their website, they’re “a longstanding partner of aviation” which is “a field where reliability and precision play a vital role.” They even have their own Breitling Jet Team – Europe’s largest civilian aerobatic display team. They fly seven Aero L-39 Albatros jets.

So anyway, in one of their commercials, they featured the iconic P-51 Mustang because really, what could be sexier than that? And check out that cinematography. Honestly, this could’ve went on for five minutes with just a video of the warbird flying and we’d watch it over and over again.