Plane Suffers From Engine Failure and Has To Land on Highway 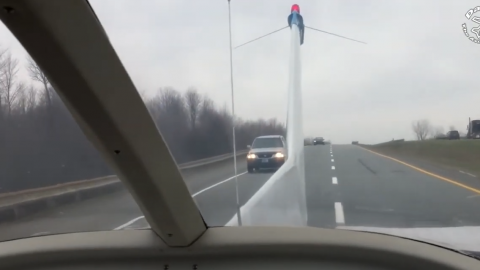 The Pilot Did A Good Job

This incident happened ten years ago on April 25, 2011. A Cessna 172M Skyhawk suffered an engine failure. And in fact, in the video below, you can hear the engine lose power. It was a pretty scary situation, and the pilot had to make a quick decision.

They ended up making an emergency landing on Highway 10 near Granby, Quebec in Canada. There was traffic, but the landing was nicely done. Fortunately, the aircraft was undamaged and all four occupants were uninjured. Now we just need to see the reaction of the car drivers when they saw this aircraft land in front of them.