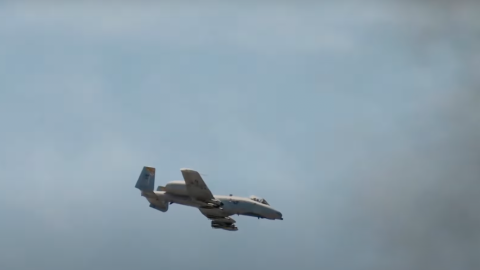 Introducing an A-10 on the battlefield is basically a real-life cheat code! Soldiers must have felt a sense of relief after seeing an A-10 closing in on their enemies. It was only a matter of time before they got wiped out.

The legendary A-10 is featured in this scene from SEAL Team by CBS. They radioed for help, marked their spot, and waited for the Warthog and the Black Hawk to do their job. Seeing them work together was a treat to watch.

Most notably, the show’s A-10 captures the charm of the warbird very well. We see the Vulcan and the strafing missions in action, too. Looks like the producers knew how to do exceptional fan service. Anyone who loves the A-10 would appreciate this piece of work!