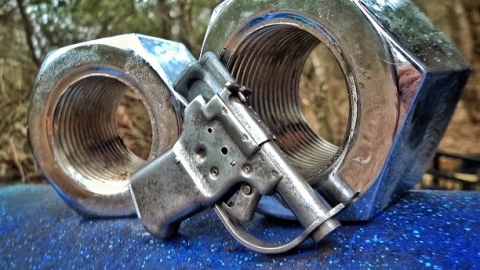 The World War II “Liberator” Pistol – it was manufactured by the General Motors Guide Lamp Division. A .45 ACP, single-shot pistol, it was conceived in early 1942 and was fairly cheap to produce. With its crude design, it was something that could be quickly made. It was intended to be air-dropped to resistance movements behind enemy lines across the world.

The pistol was also meant to be mass produced and easy to use. From the get-go, it was never supposed to be a frontline assault weapon but more of an assassination tool. Unfortunately though, the distribution process was met with various problems and in the end, there were still thousands of pistols that weren’t distributed.