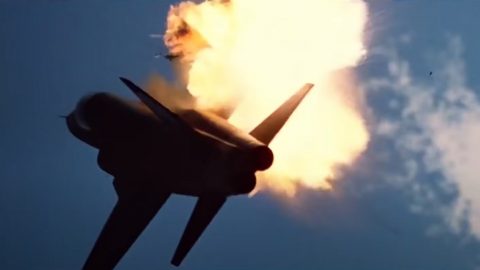 This was such an intense dogfight. Thankfully, no dogs were hurt, and most importantly, Iceman survived that almost-unwinnable fight. His plot armor was doing the heavy lifting during those scenes.

Everyone got anxious when Maverick did that unbelievable move right at the end though. Even Merlin was about to lose his mind! Then again, with a move that risky, who wouldn’t?! Maverick pulled off a high-risk yet highly rewarding maneuver and it paid off in the end.

The best scene in the video is arguably the planes in sync at the 2:16 mark. For a movie that came out in the 1980s, it sure did give us a lot of great cinematography.