Update On The Amazon Plane Crash That Killed 3 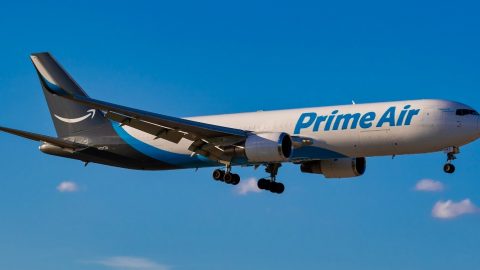 #5Y3591 I don’t have a GPS yet, but this is the general area around #Anahuac in Trinity Bay. The water appears to be shallow. No AIS vessels in the area. Follow @jaysguitars for local updates at the moment. pic.twitter.com/aYYCO0YasV

The Amazon cargo plane crash that occurred Saturday, February 24, 2019 has had authorities searching for answers all week long. Atlas Air Flight 3591 had been traveling from Miami to Bush Intercontinental Airport when something went wrong, causing the plane to nose dive into the shallows of Trinity Bay near Houston, Texas. The plane was completely obliterated and all three of its passengers were killed.

As of yesterday, the bodies of Conrad Aska, 44, and passenger Sean Archuleta, 36, were recovered. The third body, that of Captain Rick Blakely, was the last to be found.

Passenger Sean Archuleta, a pilot for Mesa Airlines, had been hitching a ride in the jump seat to get to Houston. He was about to embark on a career move as a pilot for United Airlines. It was the new father’s dream job. Atlas Air Worldwide has created a support system for the families during this difficult time.

The Texas Department of Public Safety dive team is being called in to search for remains and also to search for the 767’s black box. TX Parks and Wildlife will also be coming in to assist. https://t.co/dQIO0yoHsj pic.twitter.com/7ikyAun2Fw

The search for the black boxes has been set as a high priority. They contain the flight data and recorded cockpit voices that the National Transportation Safety Board (NTSB) believe will clarify the story of what went wrong. The boxes, however, are likely submerged in the mud and will require heavy digging equipment.

The NTSB is also in possession of surveillance video from a nearby jail that shows the crash, but this footage, they say, won’t be made available to the public for quite some time.

One of the first responders also remarked that there was very little evidence  of fuel at the scene of the crash.

See what eyewitnesses have to say about the unusual crash in the video below.