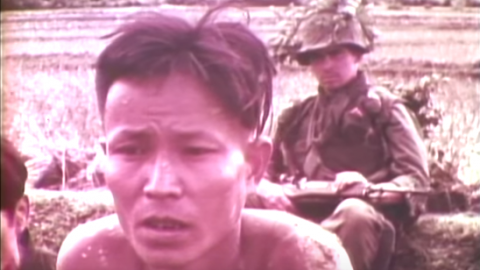 Almost 3 million soldiers were sent to Vietnam. 57,000 died, and many survivors brought the war home with them and faced their inner demons in numerous bouts of trauma, anger, and depression.

The footage was a film intended to train the Marines on the nuances of jungle warfare. Curiously entitled “Watch This To Feel What The Marines Felt Fighting In Vietnam,” it does not capture all the gut-wrenching experiences our soldiers had to endure during the whole ordeal, but it would give you a clearer understanding on the necessity of the war.

Coming from the government’s point of view, at least.

Of course, this is a government-sponsored video, and it’s understandable that it is rife with hatred towards the evils of communism and the men that advocate it. The main takeaway here, however,  is not the war’s necessity, but the indescribable hardships of these men and the sacrifices they’ve made just to go through the motions of this bloody mess called Vietnam War.

Let’s offer our solemn appreciation to our fallen heroes during the war.