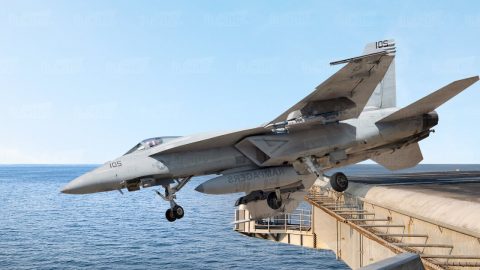 There’s really only one simple answer in best-case scenarios – they try again. Whether it be a bad angle or an uncontrolled descent, there are a number of reasons why a pilot would miss a carrier landing. For most of these reasons, an easy fix would be to just pull up again and do another circuit.

A “bolter” is an aircraft that fails to engage the wire on the deck with its hook. In this scenario, the pilot would still have the speed, thrust, and the remaining deck to take off again – like a touch-and-go.

If All Else Fails, EJECT!

Sometimes, pilots aren’t so lucky with their landings. Rocket-propelled ejection seats were used in military jets during the Korean War.

In WWII, ejection seats were seldom used by the United States. Back then, they just counted on their pilots’ ability to bail out on their own. Luckily, ejection seats have been a staple in the military for quite some time.