Witness The Annihilation of Stalingrad As It Happened – In Color 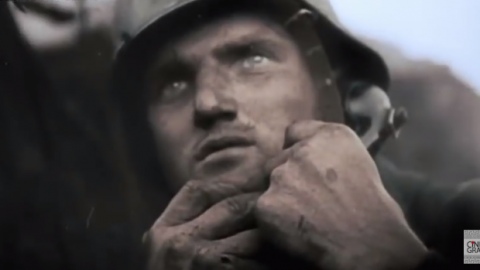 The Battle of Stalingrad is one of the most memorable clashes of World War 2, as it decisively swung the tide in the Allies’ favor and put the Nazis in the hands of inevitable defeat.

Stalingrad’s defense was of utmost importance for two main reasons: It was a key strategic outpost and a symbol of Stalin’s power, the city having been named after him. Acting upon his mandate to protect the city at all cost, it was eventually defined by incessant close quarters combat and air raids that resulted in the single bloodiest conflict in all of history.

We all know the statistics and its ramifications on the results of the war, but this colored reel captures the raw annihilation of a city that was slowly being pounded into rubble. The most striking images, however, are the confounded faces of the participants – as if stunned by the realization that death could come in just a blink of an eye.

Watch for these and more in this colored short clip of this horrific battle that excellently portrays the brutal relentlessness of World War 2 combat.