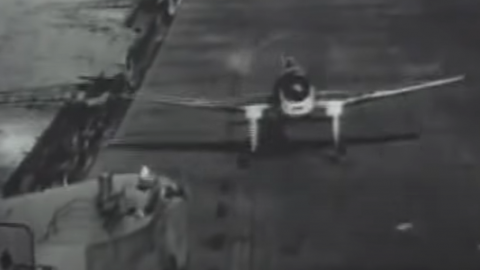 The YouTube channel FootageArchive – Videos From The Past uploaded a video titled “WW2 plane crashes part 1” which shows a compilation of plane crashes during the World War II.

However, not all the footages really showed plane crashes. Few clips that were included just shows some good emergency landings where the pilot saved the plane and his life at the very last minute.

Although, even if you’re the pilot that got out alive on an aircraft in the WWII, it still very terrifying seeing all the things you had to witness along the way.

Back then, there wasn’t that much protection for a person inside any plane. One, two, three shots can instantly knock an aircraft into the ground.

It’s simply horrible to think that a lot of men have died sacrificing their lives. We salute all the brave pilots during WWII, whatever plane they were flying.

Watch the video below.