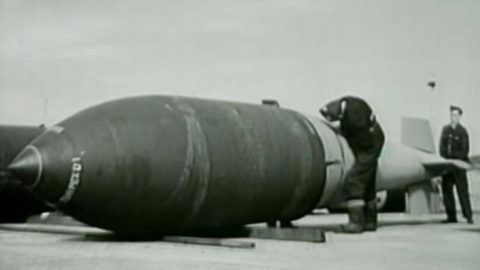 When the British Royal Air Force made the decision to attack Nazi Germany, they knew it wouldn’t be easy but left with no alternative they were forced to retaliate. Knowing that military targets could have underground bunkers or strong defenses they developed what would be known as the world’s biggest bomb, The Grand Slam.

“The ‘Grand Slam’, which was designed to simulate the effects of an earthquake in order to cause widespread destruction to critical infrastructure, was Britain’s biggest conventional weapon ever.” 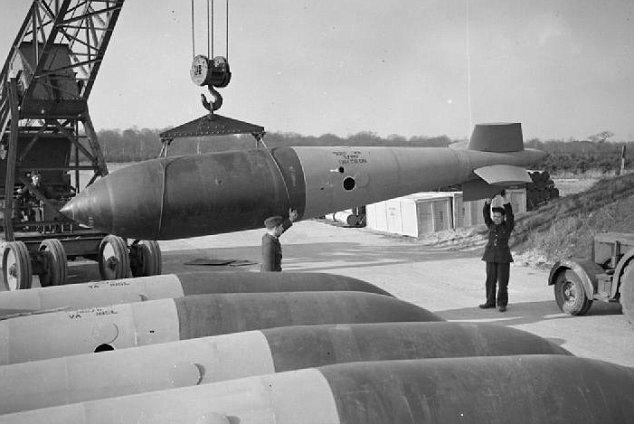 Some called it the Earthquake, others called it Ten Ton Tess, but the Grand Slam was pure destructive power. Designed as a larger and more destructive version of the RAF Tall Boy bomb, the Grand Slam weighed a whopping 22,000 pounds. This bomb was so big that it could not be housed internally and actually had to be strapped to the underside of British bombers.

The immense weight of the Grand Slam actually allowed it to penetrate concrete or ground soil and unleash an even more destructive explosion. The Royal Air Force only had the chance to use the Grand Slam bomb a few times before Germany surrendered but its impact was felt. In this archival footage, you can see a demonstration of Grand Slam used to destroy Germany military targets with explosive results.