5 Cheapest Fighter Jets You Can Buy 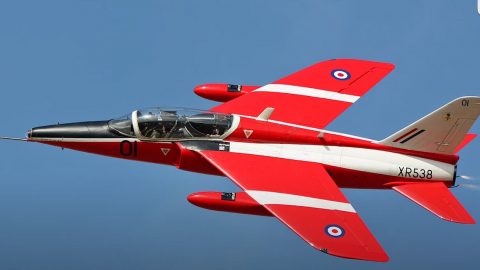 As Cheap As They Get

If owning a fighter jet has ever crossed your mind, then this video is right up your alley. Now, do take note that the operational costs aren’t included so the listed cost might as well be doubled to own these jets.

The first jet, the MiG-21, became the most-produced supersonic jet in history. That’s because it prioritized quantity over quality. An operational MiG-21 costs around $185,000.

A Czechoslovakian jet trainer, the L-29 Delfin, costs $175,000. It is the first locally designed and constructed jet in the Czech Republic.

If you wanted a faster jet, Folland Gnats might just be the one for you. It can accelerate up to 695 mph and only costs about $125,000! That is pretty cheap for how much speed (Mach 0.98) it can produce. It was heavily used by the RAF’s Red Arrows aerobatic team.

Another MiG, this time the MiG-15, takes a spot on the list. It is one of the most produced jet aircraft in history with a total of 13,000 constructed. Its inexpensive build makes it cheaper than the rest, only costing $85,000 for an airworthy one.

The cheapest out of these jets is the Fouga Magister. The Magister is a two-seat jet trainer and has had its fair share of combat experience. Owning one would only cost upwards of $80,000!

What are you waiting for? Avoid the traffic and get to your job on time!