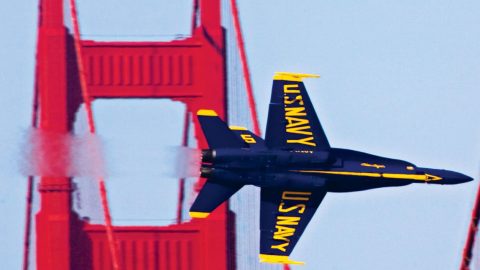 It’s Those People Who Ruin It For Everyone Else.

We’ll try not to delve into politics here and what not. We’ll just talk about people in general. We’re sure most of you will want to group these folks into some preset social group, but if you look at it at face value, people just suck.

Don’t care what anyone says, the Blue Angels are one of the best, if not THE best, aerobatic teams in the world. As such, they attract over 11 million viewers and those people absolutely love these guys.

While perusing the internet however, we found out that many people in San Francisco might not have the same opinion. During last year’s show, many were taking to Tweeter to show their dismay as the Blues were performing their show.

Here are some of them. Try not to throw your phone against the wall.

7. This grumpy youngster, but at least she’s humorous

Me at the Blue Angels since I was like 2 pic.twitter.com/2eKym3i3xd

6. A person who needs her safe space

okay that’s it, these planes keep freaking me out

5. This guy who doesn’t know who protects him

Besides hating the corporate takeover of The City, I also hate those goddamn jets.

4. We’re animal lovers, but scrapping the Blue Angels because of a dog?

The #1 reason why I don’t like the Blue Angels: my poor dog is afraid for her life for almost a whole week. ? pic.twitter.com/E2lhyqB3Pd

3. This guy who’s worried about the lives of pilots, yet, seems to hate the military.

2. Let it be known, presentations are WAAAY more important than our Navy.

Guessing that those who loved this afternoon’s Blue Angels demonstration of power over SF didn’t have a project they were hoping to launch.

1.No comment. Let’s chip in and buy her a ticket to another country though.

Ok who the fuck pays for the blue angels? It better not be my taxes. Where do I get reimbursed?