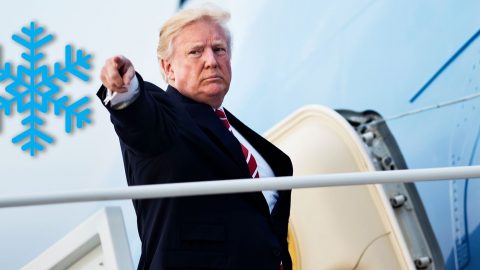 What Does That Have To Do With The Price Of Coffee?

Over the past few days, media was flooding the masses with the sole fact that the two refrigerators that need replacing on Air Force One cost $24 million dollars. This set off many people as more and more news on the subject started coming out.

There are two schools of thoughts here and they both involve the POTUS. One is that President Trump is responsible for this wastefulness and why should refrigerators cost this much? The other side naturally called the others names saying that is BS and they are proud to pay their tax money to go to something their President needs.

Now, the issue at hand is neither. This is not political in a sense that it has anything to do with the President whatsoever.

The original refrigerators were installed in Air Force One by Boeing back in 1990 when the aircraft was first built. So, it has been 28 years that they have been working and performing their jobs and to be more specific be able to provide the staff onboard with over 2,000 meals if need be. They’ve done it for nearly 3 decades.

When news media organizations contacted Boeing (who won the contract for replacing the units) they were immediately directed to the Press Offices of the Pentagon. They couldn’t comment on it themselves but stated the new units were specifically designed for the aircraft and provided much better storage and temperature regulations.

Therein lies the problem if you haven’t seen it already and it applies to almost everything to do with the government.

The problem here is not the POTUS. He doesn’t design these things and then take out the “Tax Payer Checkbook” and writes the price on it.

It’s all the bureaucracy. It always has been.

There’s an overall budget. Someone miles below the President slices and dices it and the fridges are installed. We doubt the President even knows it’s happening.

There are more pressing issues on hand, don’t you agree?