This Navy Official Is To Blame For The Missing Submarine 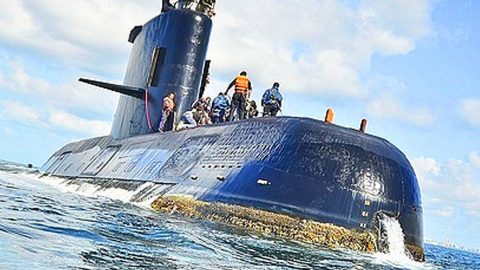 A little over a month ago the Argentinian Submarine ARA San Juan went missing off the East Coast of South America. Teams from all over the world came out for a search and rescue mission, but their efforts turned up nothing. Now the Government of Argentina has announced that Admiral Marcelo Srur their highest ranking naval officer has been terminated from his position.

“The defense minister asked him to retire. It’s a political decision.”

Some think he is to blame for letting the crew of 44 set sail in a vessel that was over 30 years old. Others think it was simply a freak accident that no one had control over, but the decision still stands. The families of the lost sailors have criticized the Argentinian Government for abandoning their search and still demand closure.

The true reason for the ARA San Juan’s disappearance is still unknown, but Governments have a notorious track record for looking for someone to blame when things go wrong. One of the most infamous examples was sinking of the USS Indianapolis and blaming Commander Charles McVay III. This led to him being court-martialed over the sunken vessel, leading to his mental instability and eventual suicide despite a Japanese sub Commander assuming responsibility for the attack.

Currently, the Russian survey ship Yantar is conducting a search for the lost sub using a submersible to find some closure and explanation. Where do you stand on the issue? Should Admiral Srur be held accountable or should any decision wait until some cause has been found?