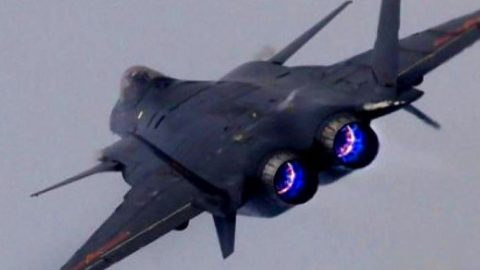 For the better part of a decade, the Chinese Air Force has been developing their own Fifth-Generation stealth fighter. For years rumors have circulated that the Chengdu J-20 was developed from stolen American files detailing the plans for the F-35 and F-22. Now after years of development the Chengdu J-20 is finally combat ready and has officially joined the People’s Liberation Army Air Force.

As of this week, the J-20 is part of China’s air force and will soon begin missions. As the Chinese Military continues to expand military bases in islands around the South China Sea there are several territorial disputes from neighboring countries. Japan is no stranger to intercepting Chinese aircraft that violate their airspace and the addition of the J-20 will no doubt cause more tensions to rise.

Many military experts from the United States claim that the J-20 is no major cause for concern and that the design was rushed causing safety flaws. However, Chinese Air Force officials dispute this claim and go on to say that the J-20 is the peak of fighter performance.

“The J-20 will also change the history of the air force in Asia-Pacific region. In the past, only the U.S. and its allies like Japan were capable of arming stealth fighter jets. But now, their monopoly in this region has been broken by China’s J-20.”

What are your thoughts on the introduction of China’s latest fighter jet?