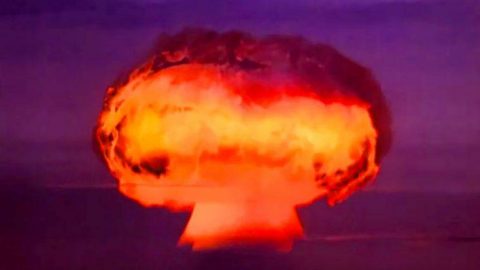 In 1962 tensions between the United States and Russia reached an all-time high. It was in the prime of the Cold War and the two superpower nations sought weaponry advantages over their rivals. The key to success was through more powerful nuclear weaponry and the United States began tests on their hydrogen bomb. Known as Operation Fishbowl the United States military initiated a testing program of their hydrogen bomb. This bomb would be 250 times more powerful than the atomic bomb dropped on Hiroshima. Due to the intensity of its immense power, the only safe place to test a detonation was in space.

“Conducted as part of Operation Dominic was a series of high altitude tests known as Operation Fishbowl. These tests were Thor missile launched warheads detonated at very high altitudes (30-248 miles) to evaluate the destructive mechanisms and effects of high yield explosions against ballistic missile RVs.” Several tests were conducted in space some with powerful success, others in failure due to electronics malfunctions. Ultimately the powerful hydrogen bombs were deemed too dangerous for use resulting in President Kennedy banning their testing. Over 50 years later the film of these atmospheric tests have been declassified and their destructive beauty can be seen in this clip.