Ever Wonder What A New B-1 Engine Going Full Blast Sounds Like? 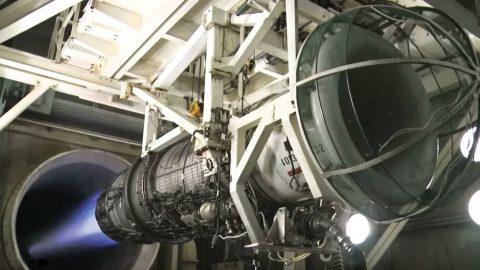 The above statement is really necessary. It’s not that the sound is bad as this was professionally filmed by the crew at the facility. It goes without saying though, that these jet engines are extremely loud, especially if you’re standing just 10 feet away.

Recorded at the Dyess Air Force Base in Texas, the 7th Component Maintenance Squadron were conducting a routine test on a new engine for a B-1 Lancer. Having built the engine in the back shop as outlined in the description, the engines need to be strapped in and checked for performance, leaks as well as temperature variations and weird noises.

Noise is all you’ll hear in this video.

They crank this General Electric F101 engine to full afterburner at one point. These engines were first designed in the 70s and pack a massive 30,780 lbf. each with full afterburner. They’re the reason that the B-1’s were able to win 61 world records for speed, payload and range.

We do have a question though. How strong are those beams? This jet engine is doing a hella pushing and the whole test facility seems to be shaking, yet, somehow stays in one piece.