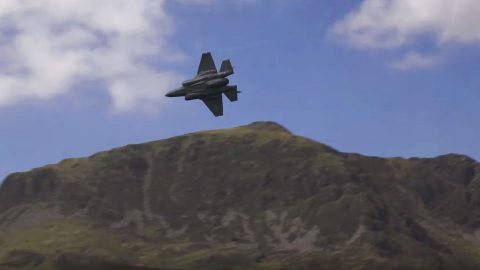 This Is Just Epic.

Ahhh, the Mach Loop. One of our favorite places we’ve never been to. We’ve seen plenty of footage from the place and feel like we know it well, but to be there, smell that jet fuel and feel the thundering of those jets in our chests would be something else.

For now, we have a standup guy with the Youtube username bobsurgranny﻿ sending us some of his work from that place. This guy has quite possibly the best Mach Loop footage out there, and also a ton of other aviation videos that we suggest you watch. If planes are your thing (and we know they are), this channel is for you.

Here, you’ll be able to see some F-35 Lightning IIs cutting through the Mach Loop like nothing else. And for all you naysayers talking about how slow and unmaneuverable these planes are, well, take a look for yourself.