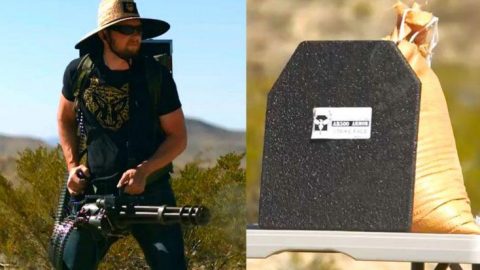 In 1893 the mayor of Chicago was gunned down by gangsters and the city spiraled into fear. A Catholic Priest named Casimir Zeglen took it upon himself to save Chicago from tyrants by crafting silk cloths together to create the first bulletproof vest. Over time weapons have become more powerful as have the armor, so how do they still hold up against each other?

They both have some pretty top-notch reputations for reliability, but the real question is how do they stack up against each other? The guys from FullMag put it to the test in this clip, so now you can see the clear winner in a test of heavy weapon vs. thick armor.