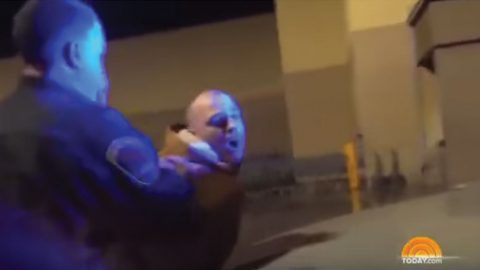 This is the worst kind of story with the best kind of ending. There are really no excuses for these types of people, unless you’re mentally ill of course (although some of these people might just be considering their behavior.)

For those of you who don’t know this, although we doubt it, we’ll explain what Stolen Valor is.

Since 2013, it is a law that prevents stupid people “to fraudulently claim having received any of a series of particular military decorations and awards with the intention of obtaining money, property, or other tangible benefit from convincing someone that he or she rightfully did receive that award.” This is straight from the code book.

Now, it’s hard to believe that people actually do that, but we’re sure you’ve met a person like that in your life. Be it Vietnam or Afghanistan, you know someone who has “been there” or whatnot although they haven’t held a rifle in their life.

Some people take it to a whole other level. The guy in this story is just that guy, but gets thrown in jail for being a horrible human being even after he stole valor.