The Creepiest Sounds From Wars In Psychological Warfare 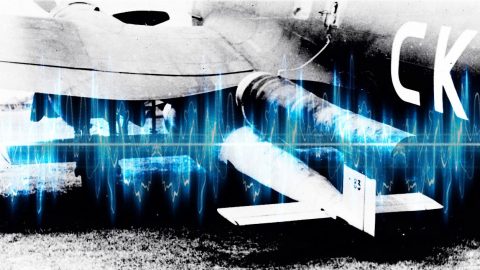 The Vietnam Era One Is Crazy!

Psychological Warfare, often called PSYWAR, is a term used “to denote any action which is practiced mainly by psychological methods with the aim of evoking a planned psychological reaction in other people.” What this means pretty much is as opposed to exchanging bullets to win a war, you use different forms of medium to crack the enemy’s minds to make them surrender.

Here are the bottom three tactics mentioned (you’ll have to watch the video for the top two):

You probably all know about the Trumpets of Jericho. These were sirens that were attached to the German Stuka dive bombers. The loud, spine chilling sound they made were simply aimed at killing the enemy’s morale and to scar them emotionally.

This video goes through five such sounds. The one from Vietnam is actually the craziest as it will literally give you chills down your spine. On the other side of that is Hitler’s real voice.

In a secret recording, you’ll hear the Fuhrer speak in a conversational voice which is way different than what you’d think. We’re use to seeing footage of the powerful, yelling voice he spoke with during Nazi rallies, but wait till you hear this. It’s really interesting.