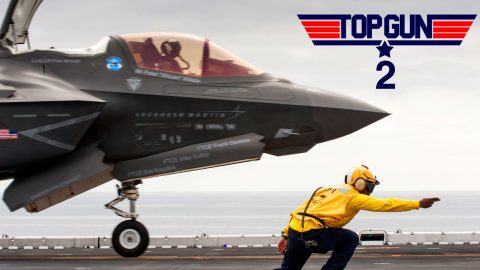 Top Gun is probably one of the most iconic jet fighter movies of all time. When it came out back in 1986, everybody and their mother saw it. People were talking about it and still, to this day, remember it fondly and rewatch it once in a while.

Nowadays everything is getting a reboot though. From Total Recall to Bladerunner, Hollywood is trying to bring back the oldies and revive them (although sometimes we wish they didn’t.) Apparently, Top Gun is meeting the same fate.

Tom Cruise, the star of the original Top Gun, slipped up during an interview in Australia while promoting another one of his movies. At the end, when suddenly asked about the rumors about Top Gun 2 which have been circulating for decades really, he simply said, “yes, it’s true” with a huge grin.

We’ve heard this before though just not so bluntly. Just last year a Tweet surfaced showing a photo of Cruise and Jerry Bruckheimer, the movie’s original producer, saying they’re planning Top Gun 2 but that news quickly disappeared.

Here, however, we have a definite “yes” as well as “we’ll film it next year.” Although we don’t know how we feel about it as we have no idea which direction the movie will go, it’s still exciting to know that we’ll see a movie with jets in it.

Now, if you have a funny bone, check out this video below. It’s a clip from Honest Trailers, a Youtube channel which pokes fun at movies. You’ll get what we mean if you watch it.

Be warned, however. It might just ruin this movie for you which you remember so fondly. Watch at your own risk.

Someone Remade The ‘Top Gun’ Trailer And You’ll Die Laughing