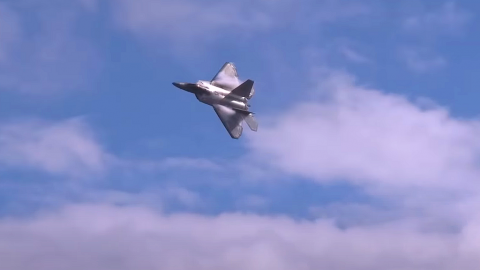 Look At It Go!

For a plane designed back in the early 90s, the F-22 isn’t that bad when it comes to its maneuverability. In fact, this video is proof of how highly maneuverable the Raptor is.

The loops it did were so smooth, that it might as well be pre-programmed! That’s a testament to the pilot’s ability to control the aircraft during those stunts so well.

At some point, it felt like the laws of Physics didn’t apply to this plane. It’s crazy how good it is at performing aerobatics! Its graceful turns during high speeds are mesmerizing.

You can probably watch this F-22 do rolls and loops the whole day without getting bored. The F-22 team did a wonderful job with this demonstration.