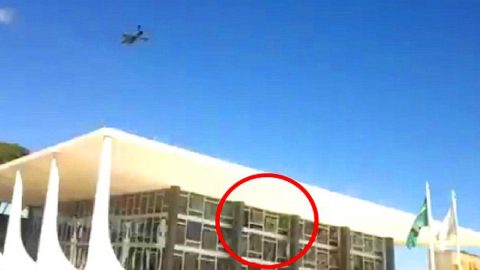 There is nothing quite like experiencing an airshow with fighter jets blasting their powerful engines overhead. These kinds airshows are usually conducted in open spaces such as the desert or the countryside to give these jets a little room to move. However, sometimes people can’t help themselves and fly these fighters over populated areas and they learn the hard way why they shouldn’t do that.

A pair of Mirage 2000 fighter jets were doing a flyover of a populated city when things didn’t go as planned. The fighters belong to the Brazilian Air Force and couldn’t help but blast past supersonic speeds to amazing the crowds. These did more than just shatter expectations, they ended up shattering some windows too.

The Center for Social Communication ended up needing a few of its windows fixed after a sonic boom from the jets tore through the air. This is one of the reasons why supersonic flights are restricted over land to ensure the safety of buildings and also to make sure that no one ruptures an eardrum.

It is unfortunate to see a perfectly good building all but destroyed, but on the other hand, it is pretty entertaining. So watch this short clip over and over again.