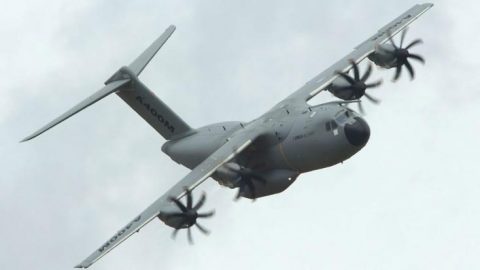 The Airbus A400M Atlas debuted three years ago in the service of several European Air Force divisions for the purpose transporting troops and cargo. With a length of 148 feet, a wingspan of 139 feet the A400M Atlas is a pretty decent-sized transport capable of hauling loads of up to 33 tons and reaching speeds of 485 miles per hours but it also has a few more tricks up its sleeve. Aside from its primary role as a transport this big hefty airlift actually has amazing maneuverability and can actually fly circles around the competition.

“There is no competitor to the A400M which is by far the most modern military transport aircraft. So there will be a big export market, I’m convinced of it.”

With roughly 30 units currently operating the A400M is big and still growing into a larger presence as over 170 are expected to be in service throughout Europe by 2020. Aside from looking really cool, this plane’s agility could be setting a new standard for transportation safety allowing it to escape enemy fire or maneuver through turbulent weather with reduced effort.