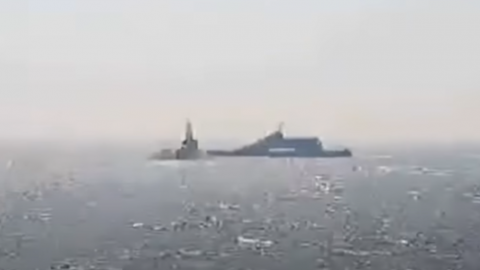 Pretty tense moments when an Iranian warship  and 3 smaller vessels almost crashed into US Coast Guard ship in the Persian Gulf. This actually happened earlier this month, April 2nd, but the incident was just released  yesterday.

Apparently several Iranian ships were harassing 2 USCG (Monomoy & Wrangell) ships for several hours and even almost collided with each other. It seems they were intentionally swarming the USCG and getting “unnecessarily close” up to just 70 yrds away at one point.

The Iranian vessels were of the elite Islamic Revolutionary Guard Corps and they were fast-attack crafts as well as a 180 ft support vessel.  It is unclear exactly what they were trying to do.