Mig Clears Out Crowd On Take Off 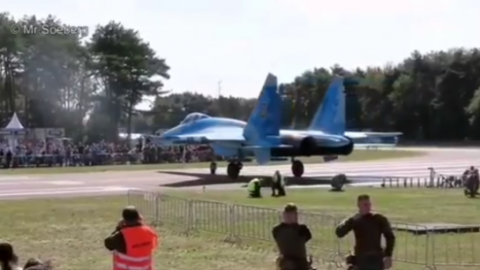 This happened at a Belgium airshow. Here we see a MiG ready to take off but before he does, he turns and clears out some of the crew! The SU-27 is regarded by many to be one of the best fighter aircraft in the world, and it originates from Russia. It is one of the fastest aircraft in the world as well and has exceptional maneuverability. Some might even say it’s still one of the top fighters still. It’s always fun to go to an airshow. Thankfully it looks like the blast didn’t do much damage at all and actually people were just laughing it off.

Belgium "Sanicole Airshow", Su-27 pilot clearing out the crowd! . . Thanks for the tag @select_a_creative_name @mr.soeberg