Oh oh. Looks Like This Is The End For General Mattis 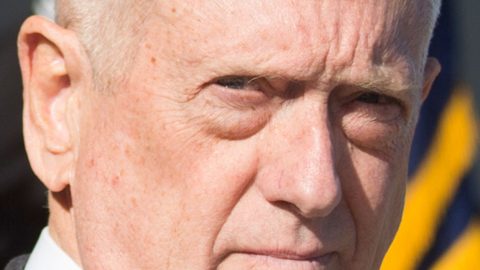 On December 20th, 2018, Secretary of Defense General James Mattis resigned from his position citing irreconcilable policy differences. The straw that broke the camel’s back, one can say, was President Trump’s statement to the press the day before about pulling troops out of Syria.

The announcement was reportedly not in alignment with General Mattis’ recommendations of how to handle the conflict. This among other incidents of the same sort compiled over the last two years made Mattis conclude he couldn’t do his job effectively as did other security advisors under the presidency.

In his letter of resignation, Mattis wrote:

“One core belief I have always held is that our strength as a nation is inextricably linked to the strength of our unique and comprehensive system of alliances and partnerships. While the US remains the indispensable nation in the free world, we cannot protect our interests or serve that role effectively without maintaining strong alliances and showing respect to those allies.” He later added, “Because you have the right to have a Secretary of Defense whose views are better aligned with yours on these and other subjects, I believe it is right for me to step down from my position.”

President Trump responded cordially with the following Tweet, seemingly accepting the resignation with no hard feelings.

General Jim Mattis will be retiring, with distinction, at the end of February, after having served my Administration as Secretary of Defense for the past two years. During Jim’s tenure, tremendous progress has been made, especially with respect to the purchase of new fighting….

In a statement later that day, the President said a successor “will be made shortly.”