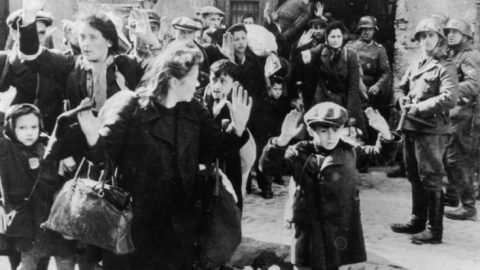 Relations between Poland and Germany have not been the best due to their history in World War II. Millions of Poles lost their lives as the forces of Nazi Germany decimated the land. Now Poland is taking a stand against Germany for their actions in the war and demanding $850 billion.

The actions of Germany in Poland during WWII stretch beyond the loss of life, but a damaged economy and other detrimental effects that have lingered for decades. The reparations effort being led by Arkadiusz Mularczyk, a Polish politician demanding that their parliament seek legal action against Germany.

“We are talking about very large, but justified amounts of compensation for war crimes, for destroyed cities, villages and the lost demographic potential of our country.”

Germany has paid out over $60 billion in reparations since 1951 but the effort still continues. Germany claims that they settled the issue with Poland by reaching an agreement with them 1953, however, Poland says that agreement is invalid because it was made when the nation was under the control of the Soviet Union.

Where do you stand on this touchy subject? Despite the 1953 settlement should Germany pay out additional reparations to Poland for its war crimes?