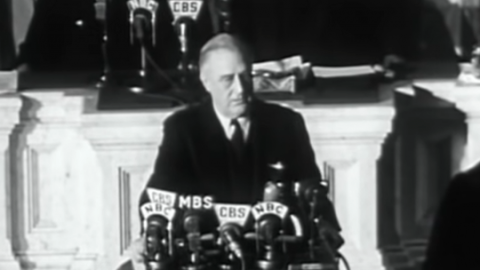 Here we relive the moment that president Roosevelt addressed the entire nation and world the day after December 7th 1941 Pearl Harbor attacks by Japan. This is an important moment because this is where the US entered World War Two.

In the speech by President Roosevelt, it was important because this is when The US actually declared war on Japan. The United states was actually at peace with Japan until the surprise attack. From this point on The US commenced its efforts not only against Japan but also in the European theater as well alongside the Allied forces.  What a day that will forever be a part of world history.