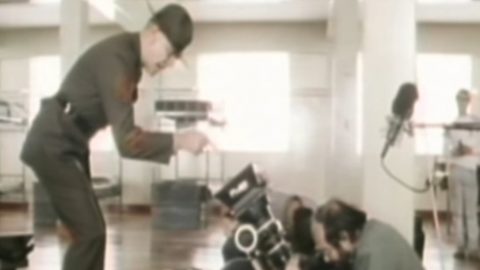 A Glance at Kubrick’s Directing Style

Was he a genius? Or was he insane? From these short clips alone, it’s quite hard to judge his personality or how much of a genius he was.

However, what should be noted is his attention to detail. As these clips would show you, he’s very hands-on in directing, from scripts to set design, he’d watch them like a hawk. Heck, he even corrects the extras’ choreography!

Matter of fact, it’s his ability to point out these mistakes in filming that made him the highly-decorated director that he is today. Making classics like “Full Metal Jacket” comes at a huge price. You have to put in the work and hours to create such a great film.

We can only hope that those “lost” footage can be released sometime soon.