Russian Navy Hunts Lost WWII Subs – But Not For Long 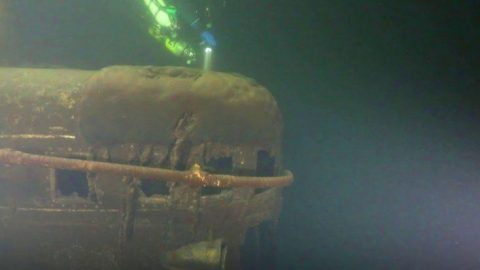 It is no secret that submarine warfare played a pivotal role in WWII on all sides of the war. These vessels performed sneak attacks, covert missions and were easily among the most dangerous positions in the war. Many submarines never came back home and have remained missing for decades but the search is to find them continues.

The Sea of Japan is the latest hunting ground for two Soviet submarines that disappeared during World War II. Submarines M-63 and M-49 vanished without a trace in Japanese waters four years before Russia would formally declare war on the island nation. The Russian Military has begun a search for the these lost vessels, although the problematic weather is causing a half.

“But next year, the remainder of the region will be investigated as planned”

The M-Class submarines they are searching for mainly defended naval positions and were not suited for offensive missions. This new mission will involve deep penetrating sonar and submersible robotics to aid them in the search.

Hopefully, the Russian Navy can have answers in about these submarines that have eluded them for over seven decades, if it was an accident or an act of war.