Tail Strike On Take Off 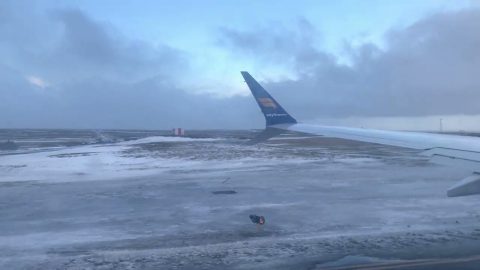 During a winter afternoon in Keflavik (near Reykjavik), an Icelandair Boeing 737-9 on the way to Seattle had a tail strike just right after takeoff. According to reports, the plane was on runway 19 when the tail contacted the surface of the runway.

However, the crew still continued the flight without any further incidents for seven and a half hours after departure. After landing in Seattle, the tail skid needed to be repaired before getting cleared to fly again. The repair lasted for 22 hours and the aircraft was soon on its way back to Keflavik.