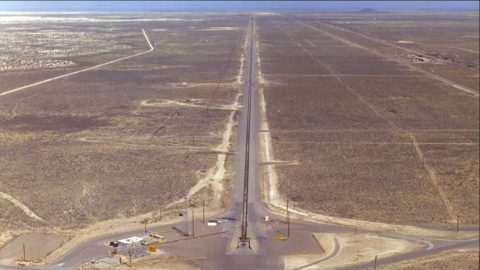 The ground test facility at Holloman AFB serves as a testbed for a wide variety of American defenses and government agencies.

Its rail system is used to launch sleds or rocket-powered test vehicles. Sled tests have been continuously performed since 1950, with over ten thousand sled tests in its history.

The hypersonic test track enabled the testing of what once was thought impossible. It was capable of replicating the speed, and G-force conditions pilots experience during such situations.

One of a kind Facility

With a length of up to 50,971ft, the HHSTT is the longest, most precisely aligned, and best-instrumented facility of its kind in the world.

The HHSTT is exploring the modernization of its rail system. Their goal is to increase the facility’s viability by bolstering infrastructure and allowing for testing hypersonic systems into 2070 and beyond.