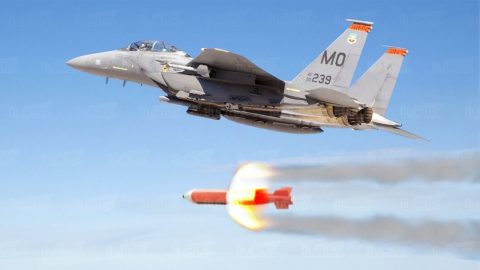 The Lightning Takes A Test

As expected, these mock bombs were not fitted with warheads – though they perform almost the same as the standard B61. If the standard version was used, you could expect the B61 to have a yield between 0.3 to 340 kt, depending on the version.

During these tests, the engineers and pilots work together to collect accurate telemetry data to ensure that it functions as intended. Tests like these are vital to the safety of its operators since nuclear weapons differ widely from conventional ones.

As such, any aircraft that intends to field these highly destructive devices must undergo specific nuclear certifications like this one.