This New Movie About The Moon Landing Looks Absolutely Stunning 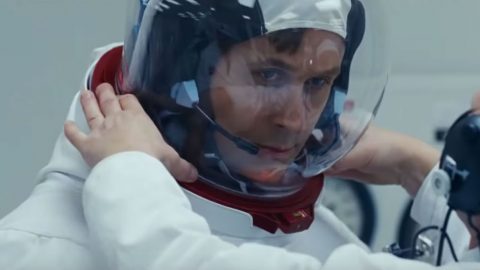 There’s nothing like the feeling you get when there’s a movie coming out that actually looks good. With today’s CGI and Hollywood trying to push agendas, it’s refreshing to see a true story being made that is interesting.

First Man, starring Ryan Gosling, Jason Clarke and Claire Foy, is a biographical drama about the life of Neil A. Armstrong. From the looks of the trailer which you can see here, the movie is not only about the moon landing (which we’ve seen countless movies about) but also about the man himself. There’s a lot of emotional connotations in the trailer showing him and his family being torn apart because of the mission.

The movie “depicts the years leading up to the Apollo 11 mission in 1969.”

This is particularly interesting because it has never been portrayed like that before. As the mission was a success, we learned to regurgitate  the story with little thought of the emotions of the people in that rocket. They all had families. They all had goals and ambitions. They all were excited yet scared because something of this magnitude has never been done before.

Can you imagine being the first one to do this? Sure, NASA deals with calculated risk but that doesn’t make that mission any less scary.