Top 7 FIGHTER JETS of the US Military 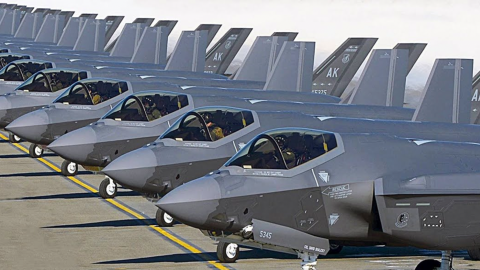 Starting off the list is the F-15 Eagle. Designed in the 70s, the F-15 is yet to be defeated in aerial combat. Its high thrust-to-weight ratio and low wing loading enable it to turn relatively fast. Its excellent maneuverability and acceleration pair well with its top speed of Mach 2.5.

Entering service in 1979, the F-16 is still in service today. This multirole fighter is capable of carrying out electronic attacks and is the most produced fixed-wing aircraft in service in the world.

The Hornet started out as a carrier version of the YF-17 Cobra. A reliable and versatile aircraft, the Hornet is the first plane designed to carry air-to-air and air-to-ground configurations.

Yet another version of an old aircraft, the F/A-18E/F Super Hornet was designed to replace the Tomcat. It has 11 hardpoints enabling it to carry out air-to-air and air-to-ground missiles along with laser-guided smart bombs.

The famous Raptor is perhaps the most powerful air fighter in the world. Heralded as the first 5th generation fighter, it features stealth technology along with unprecedented attack capabilities and aerodynamic performance.

Rounding up the list is the F-35 Lightning II. This highly controversial aircraft is subject to a lot of criticism stemming from unrealistic expectations. So far, 2,456 F-35s are ordered in different variants. This includes a CTOL, STOVL, and a carrier-based variant.