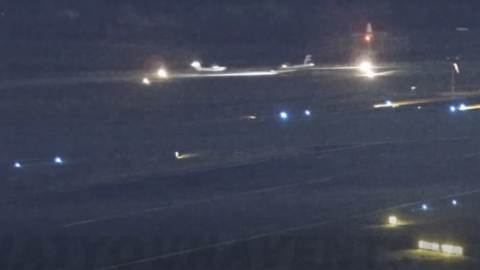 As the Cessna prepared for landing, he saw the green lights of what he thought to be runway 21R. After the initial landing, he saw a “tiny white light” approaching him. He suddenly heard a bang as his plane pitched hard to starboard, thinking he hit a motorcycle.

At the same time, the Aero Commander opted to land on PKD, all while making the appropriate CTAF calls. During the landing, he saw lights and quickly realized it was an oncoming aircraft landing on the same runway. Both planes swerved and the Cessna’s right wingtip contacted his right outboard wing.

According to the FAA’s findings, the Cessna actually landed on runway 21L. The incident might have been prevented if the Cessna pilot wasn’t radio silent – or used the right frequency to make CTAF calls.