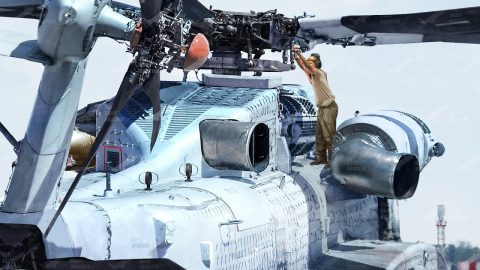 Originally designed in the 60s, the CH-53 series of helicopters just got better with the introduction of the CH-53K King Stallion.

The King Stallion’s new features include better General Electric T408 turboshaft engines that can produce 7,500 shp each. In addition, its almost 9ft wide and 30ft long cabin can carry 30 troops or 24 injured men.

Compared to its predecessor, the CH-53E, it has two times more lift capacity and radius of action, and the ability to house a Humvee if needed.

If that’s not enough, it also plans to carry up to 30% more payload than its predecessor.